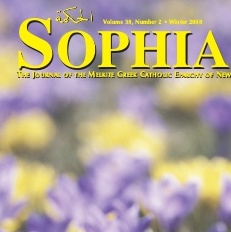 The last 35 years or more have seen a renewed effort to document the history of the emigration from the Middle East that took place mainly in the late 1800s because of the economic problems of the collapsing Ottoman Empire that had ruled the area for centuries. In my research and archival work about our Melkite presence in the USA, which I began in the 1980s, I read practically every book published on the Arab-American immigrants and the communities they established across our country. . . .  At the end of 2015 a new, expertly-researched book appeared, by another Arab-American historian, Linda K. Jacobs. She documents the arrival and early growth of the New York City community, sometimes called the Mother Community of the Syrians in the USA . . .