Women of Independent Means in the New York Syrian Colony 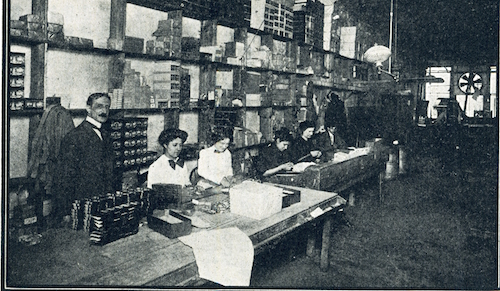 Syrian women were important contributors to the economy of the Syrian colony of New York from its very beginnings in 1880. They worked in the needle trades, either in their homes (where they made lace or sewed) or in factories owned by Syrian men sewing kimonos, dressing sacques, petticoats, or waists. They also worked in Syrian-owned cigarette factories. By the turn of the twentieth century, married couples set up small mom and pop stores, such as groceries or variety stores, where women and men worked side by side, and later in the century, women began to open their own retail shops. 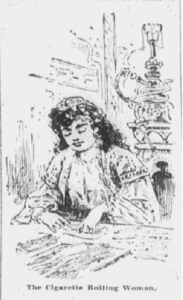 But the most important occupation for Syrian women was peddling. Fully one-third of the colony peddlers were women. Much has been written about these women peddlers in the colony, and there is a wonderful set of oral histories that include many anecdotes about the experiences these women had while out on the road. Most of the stories are cheerful and reflect the pride the women felt in their self-sufficiency, but peddling was undoubtedly a difficult and dangerous job. The hardships were those one would expect for people traveling streets and roads in a strange country going door to door selling goods: they were out no matter the weather, they often had to sleep “rough,” they were in danger of attack by dogs or by ruffians, and they must have been lonely. Never talked about, undoubtedly present, was the risk of sexual assault or harassment. And of course, if they didn’t sell, they didn’t eat. Even worse, perhaps, was the contempt in which they were held by many Americans, and the shame that was widespread among the men of the colony that their wives and daughters were forced to be out working.

Nevertheless, there were distinct advantages to this work. A peddler was her own boss; there was no one to tell her how to do her job. She learned both how to sell and how to speak English on the job.

She was somewhat freed from the conservative mores of her compatriots. And peddling was always a fallback occupation if times got rough and/or if she and her husband divorced. All she had to do was pick up the shenta (pack) she had put away, visit her supplier for goods, and go back out on the road. By far the most important advantage of peddling was that it was lucrative; a peddler could earn five times as much as a factory worker. A woman peddler thus significantly contributed to the well being of her family and was often able to save money too. It seems this money belonged to her and to her alone–an important factor in Syrian women’s independence.

Two examples will illustrate this assumption. Sophie Daoud Shishim came to this country with her 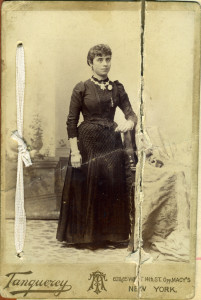 husband and father in 1889; the men started a boarding house in the Syrian colony in New York, and Sophie went out to peddle. In 1894, she and her husband became estranged and Sophie went out west to the Oklahoma Territories and took up peddling again. As far as we know, she went to the frontier alone, and she stayed there for several years selling goods. Finally in 1895, she and her husband divorced, and she married Naoum Mokarzel, a newspaper publisher. They too divorced, and now Sophie was again on her own. She immediately went to court to recover more than twelve hundred dollars in cash and jewelry she had deposited with a man she trusted. She won the suit and used the money to set up a ladies’ shop in Saratoga Springs, New York. She then moved to Los Angeles where she opened a fine linen shop. She had enough money left over to invest in a confectionery business there and ended up marrying the owner, a fellow Syrian. 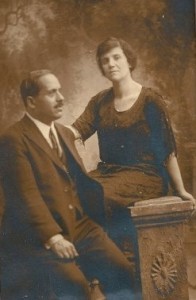 In 1922, the widow Angelina Zraick married Najeeb Diab, a successful newspaper publisher. Sometime during the Depression, Diab’s newspaper began to lose money, and he was unable to pay his employees or his suppliers. Angelina loaned him the money that saved the newspaper but demanded as collateral first the printing equipment and then the newspaper itself. After Najeeb’s death, she was able to prove that she owned the newspaper outright, and she continued to publish it until the 1960s. The loans must have amounted to thousands of dollars, which she claimed to have earned selling linens. She owned a retail shop in New York in 1910, and although she was married to her first husband at the time, she must have been able to save and keep her profits for herself.

It is noteworthy in both these examples that, despite being married, both women kept a significant amount of money they had earned separate from the family’s. The women seemed to have retained exclusive access to it to use as they pleased. Did their husbands know about the money? If so, did they try to gain access to it? We don’t know. We only know that these two women succeeded in building a sizable nest egg for themselves with the profits they had earned from peddling and used it when times were tough.

Read more about women of the America’s first Syrian colony in Strangers in the West.